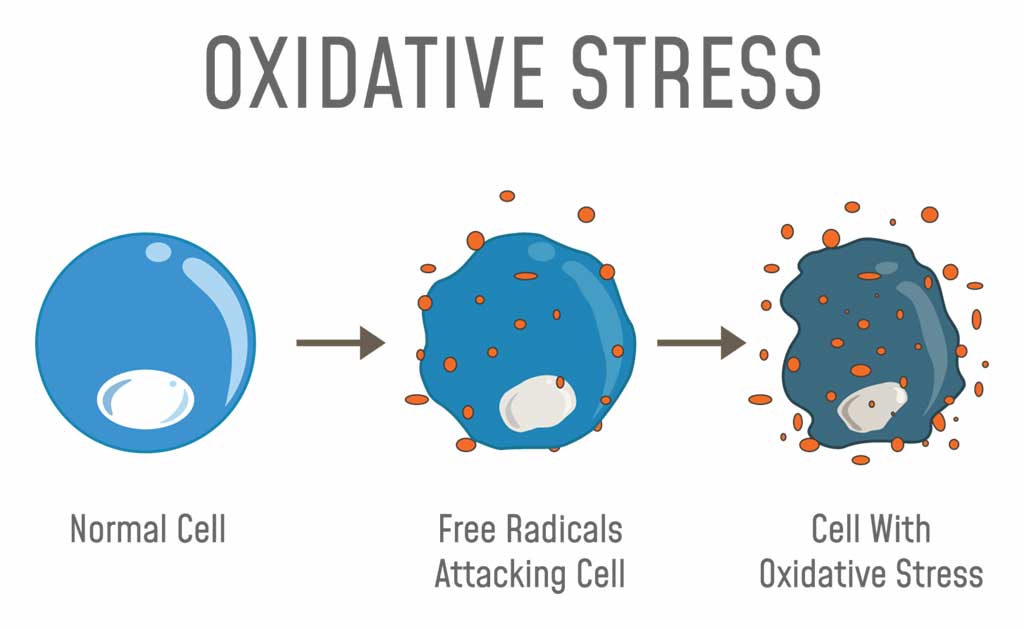 Atoms are surrounded by electrons that orbit the atom in layers called shells. Each shell needs to be filled by a set number of electrons. When a shell is full; electrons begin filling the next shell.

If an atom has an outer shell that is not full, it may bond with another atom, using the electrons to complete its outer shell. These types of atoms are known as free radicals.

Atoms with a full outer shell are stable, but free radicals are unstable and in an effort to make up the number of electrons in their outer shell, they react quickly with other substances.

When oxygen molecules split into single atoms that have unpaired electrons, they become unstable free radicals that seek other atoms or molecules to bond to. If this continues to happen, it begins a process called oxidative stress.

Oxidative stress can damage the body’s cells, leading to a range of diseases and causes symptoms of aging, such as wrinkles.